Write For Rights "Round Our World

The first world conference for one of the 17 United Nations Sustainable Development Goals (SDGs), the UN Ocean Conference, focused on SDG Goal 14: Life Below Water, to “conserve and sustainably use the oceans, seas and marine resources for sustainable development.” Fiji and Sweden co-chaired and coordinated the June 5 – 9, 2017 global gathering at the UN headquarters in New York. More than 6,000 people from all sectors of society attended the conference where 150 events and 41 exhibits were held. 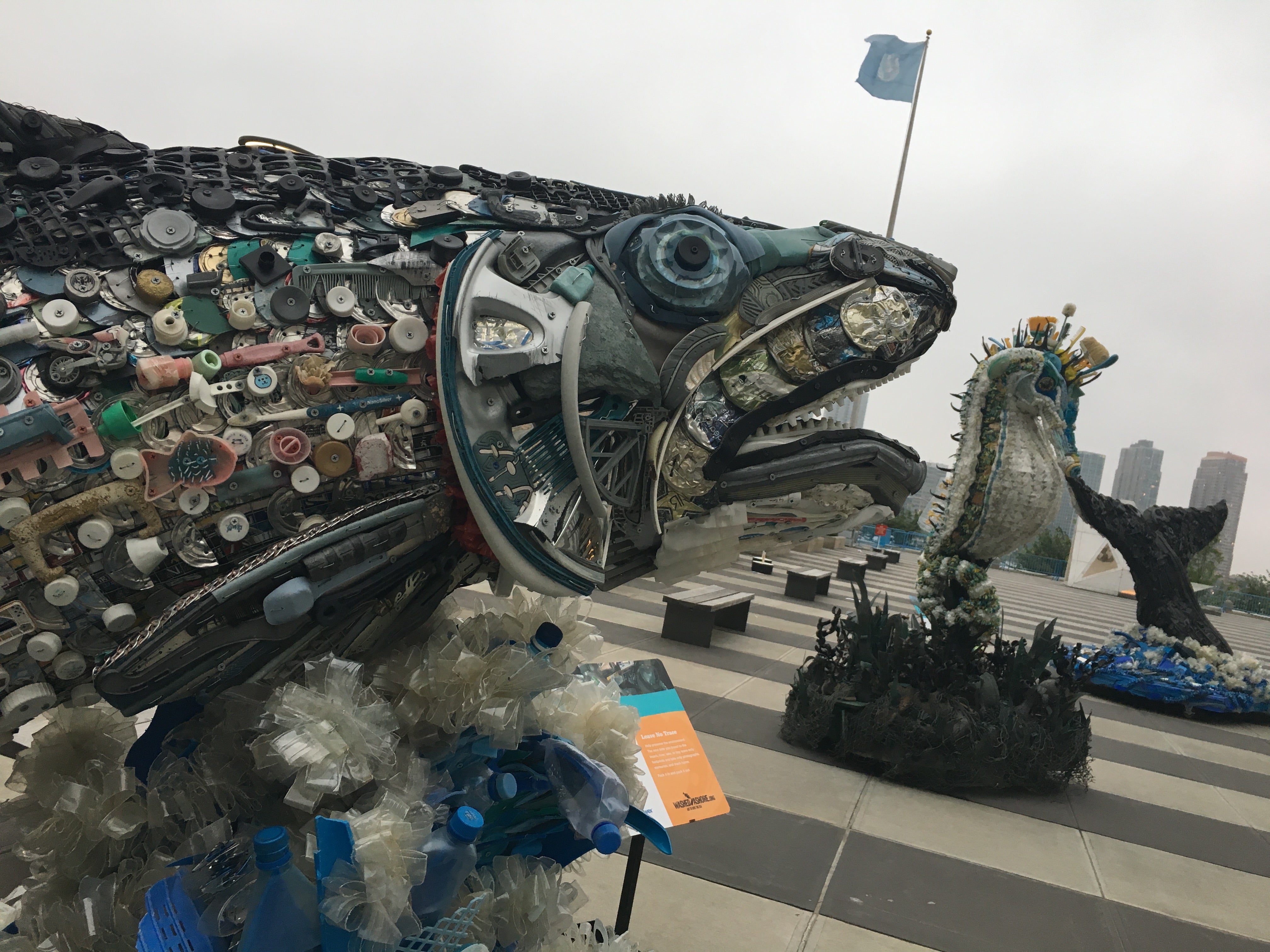 Discussion topics ranged from plastic pollution, sea level rise, illegal fishing and the protection of marine life, along with the relationship between the health of the ocean and the wellbeing of current and future generations. In order to stress the interconnectedness between the ocean and humanity, discussions on pollution and overfishing were tied to topics including alleviating poverty, ending hunger, promoting health, ensuring access to water, and sanitation. Peter Thompson, President of the UN General Assembly, described this relationship, “When it comes to the ocean, it’s the common heritage of humankind. There’s no North-South, East-West. If the ocean is dying, it’s dying on all of us.”

The Pacific Islands States decided to prioritize the importance of the international initiative bringing a majority of the heads of states to participate actively while also reconfiguring their common classification to Large Ocean Nations instead of Small Island Developing States.

Samoa Prime Minister Tuilaepa Aiono Sailele Malielegaoi explained, “The Pacific Ocean provides our cultural and historical identity since time immemorial.” He continued, “The inseparable link between our oceans and Pacific Islands peoples, including our spiritual connection, is the key to our sustainable future.”

“We are the custodians of the world’s richest biodiversity and marine resources,” he proclaimed. “The Pacific unites our islands in common purpose. The Pacific is the lifeblood of our society. It is the fabric of unity we have woven. The Ocean is our life.” 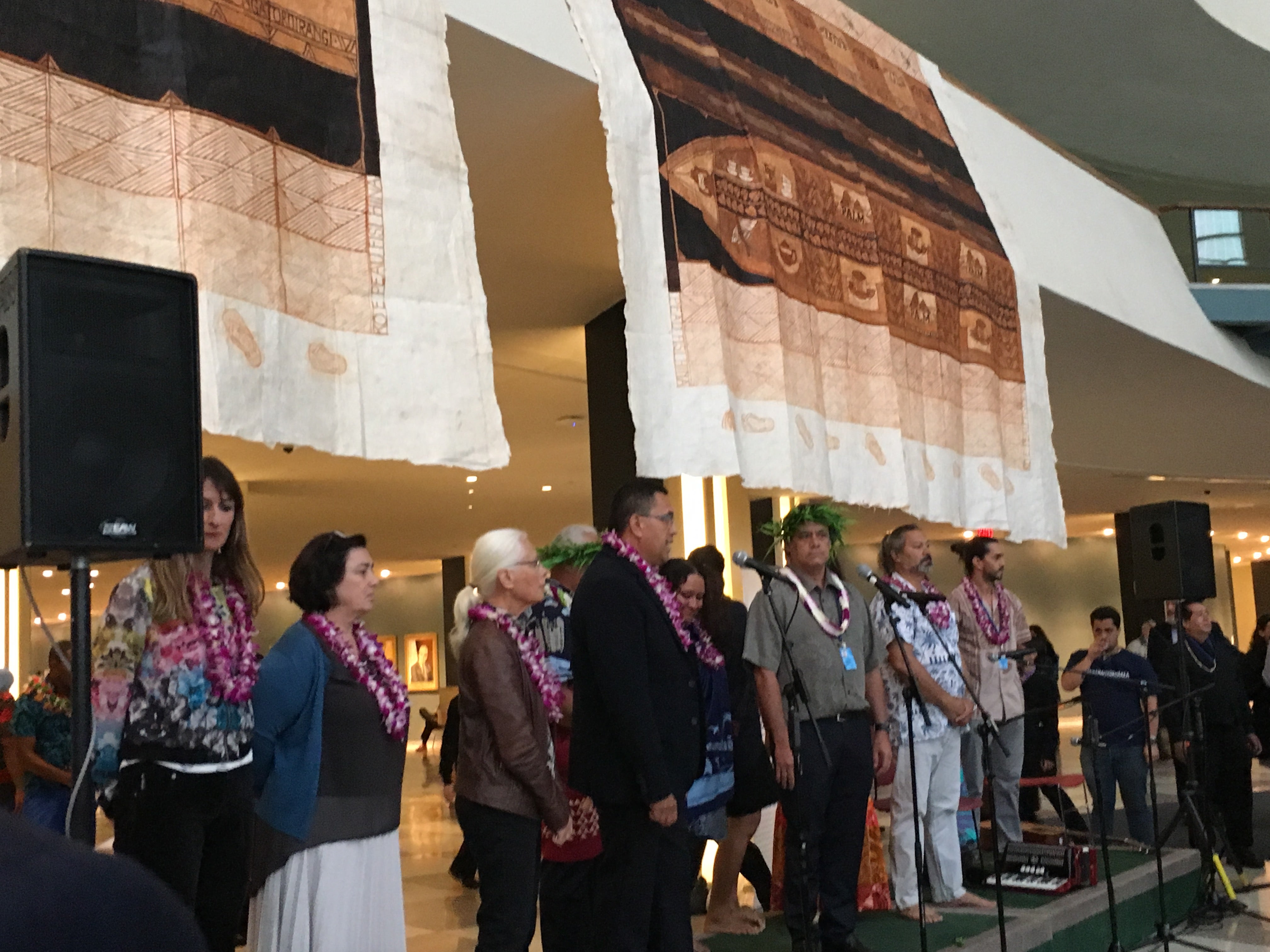 Throughout the Ocean Conference, the consensus of the global community recognized the world is at a critical crossroad and humanity needs a strategy for a holistic system honoring our ocean.

“If you think about it, it’s about taking care of your family,” Aulani Wilhelm, a Kanaka Maoli with decades of experience in marine protected areas and Conservation International Senior Vice President for the Center for Oceans, said. Speaking about Malama Honua (Caring for Each Other and the Earth) and the creation of Papahanamokuakea, “It’s a cultural and moral imperative to think about the oceans. We didn’t have a rights based approach to go about. We had a genealogical mandate that gave us the guiding force.”

The Pacific Ocean also was significant in the side events with standing room only in one of the cutting edge experiences facing communities and countries — Deep Seabed Mining. At Voices from the Blue Frontier: Ocean Governance Between Blue Economy and Human Rights brought together academics, advocates, attorneys and a cardinal to discuss how to protect the people and the planet. The conversation centered around the UN Declaration on the Rights of Indigenous Peoples specifically Free, Prior and Informed Consent. The panel covered the process of surveys being pursued in the Pacific.

Cardinal John Ribat, of Papua New Guinea, commented on impacts on Indigenous Peoples in coastal communities, “All they were enjoying before will be gone. This activity will have an impact.” Ribat also focuses on uniting by “encouraging people to protect and preserve the common good of our people.” 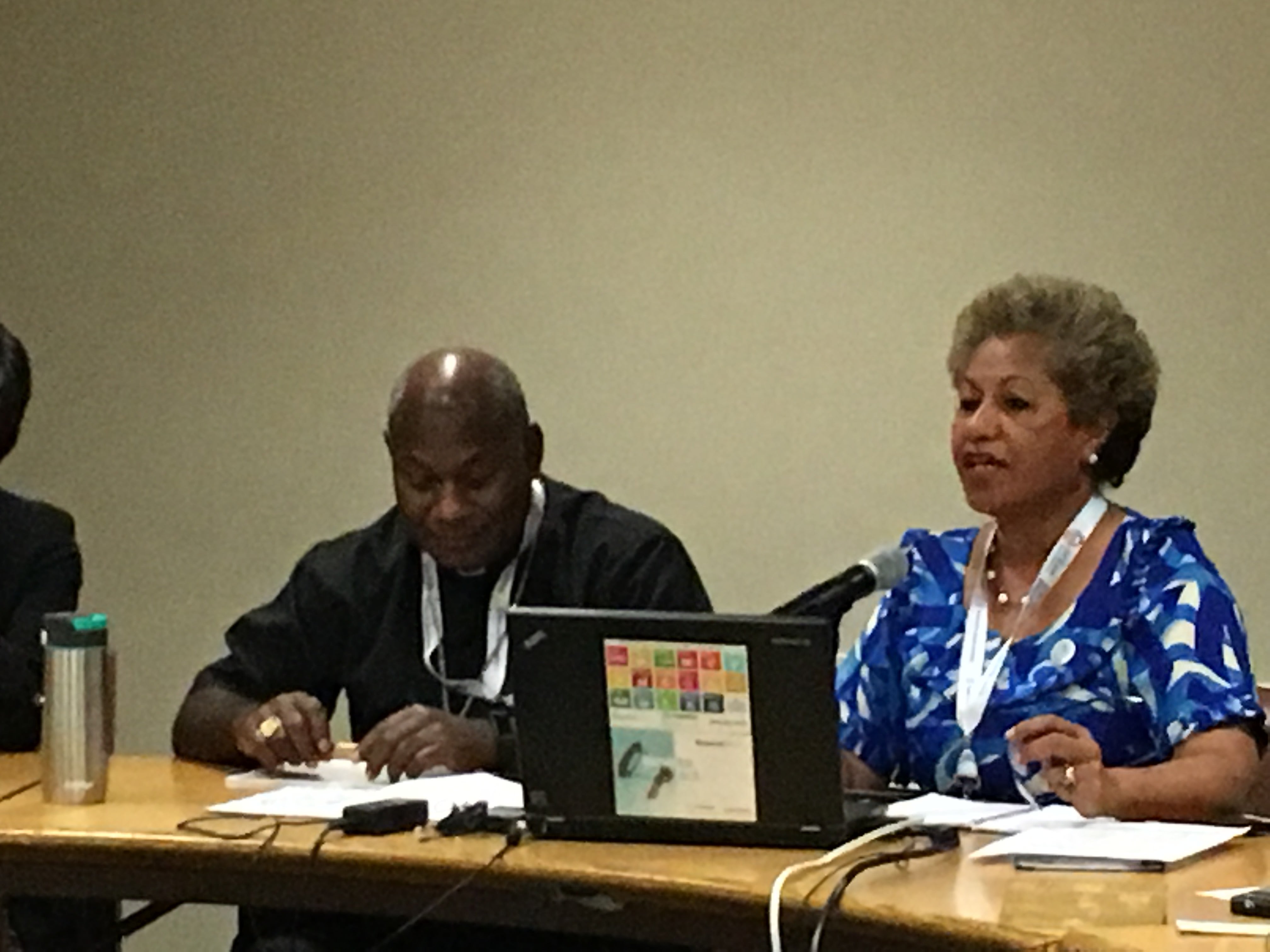 The world responded to the call of the ocean to realize UN SDG 14 with 1,400 voluntary commitments pledging to protect our common planet. States, academic institutions, and civil society mobilized action to continue the work of the world conference for conservation of natural aquatic resources and sustainable practices regarding the oceans, seas and marine resources.

The conference ended with the adoption of a 14 point Call to Action called Our Ocean, Our Future, that presented at the UN High-level Political Forum on Sustainable Development July 2017. For Thompson, the Call to Action “affirms our strong commitment to conserve and sustainably use our oceans, seas and marine resources for sustainable development.” The Call to Action included points about fostering ocean related education and marine scientific research along with “strategies to raise awareness of the natural and cultural significance of the ocean.” 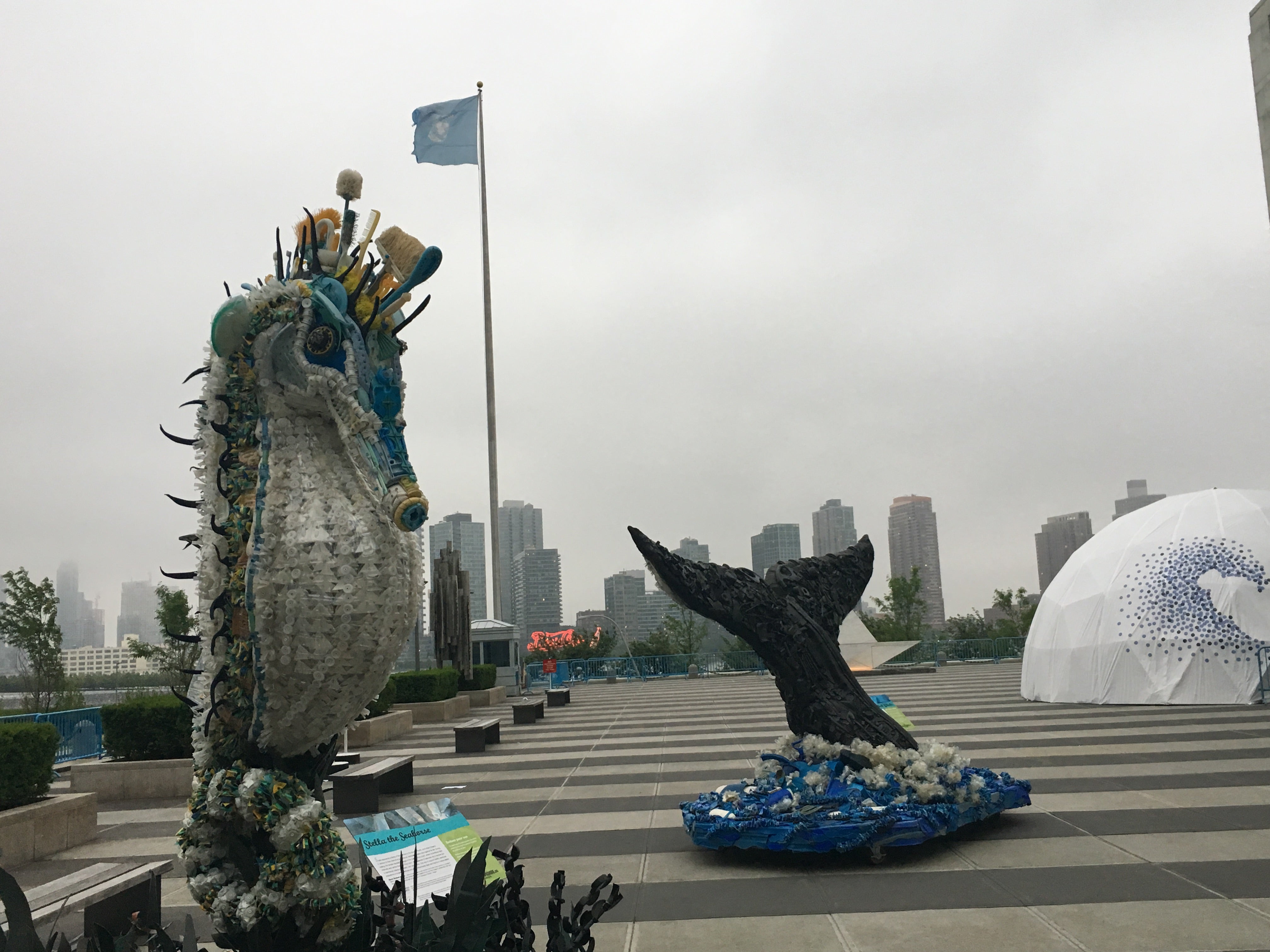 —Joshua Cooper is lecturer at the University of Hawaii at Manoa Center for Pacific Island Studies and director of International Network for Diplomacy & Indigenous Governance Engaging in Nonviolence Organizing for Understanding & Self-Determination (INDIGENOUS).

Human Rights at the United Nations

Indigenous People Sophia Lauridsen - December 31, 2016
0
In a troubling trend of renewed rights violation and state control over religious and culture institution, on December 30th, 2016 the local authority in...

Write 4 Rights provides insightful advocacies and opinions on important matters of human rights and social justice across the world. It is a collection of articles, blogs, photo and video essays of passionate activists
Contact us: write4rights.info@gmail.com
©
MORE STORIES

Human Rights at the United Nations